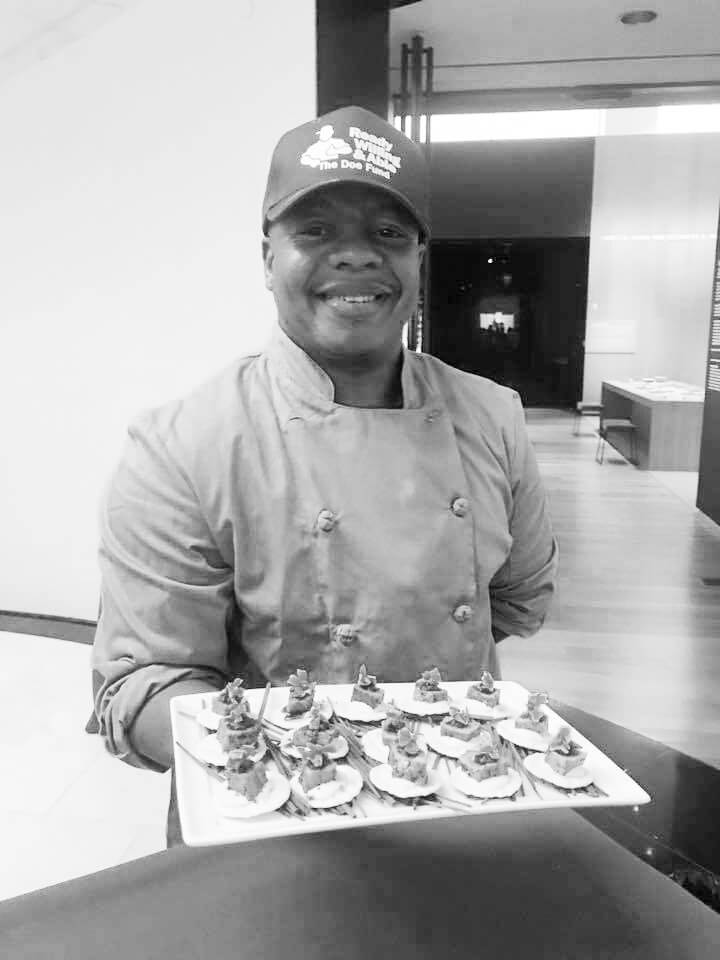 Derrick never thought cooking would change his life. Then again, he never expected to achieve most of what he has over the past three years.

Derrick was at a low point in his life when he joined The Doe Fund. “I had lost my job, custody of my children, my apartment, and my car. Then I went to jail. I didn’t mentally or emotionally recover from those loses.” Ready, Willing & Able, The Doe Fund’s transitional work program for formerly incarcerated and homeless men, offered Derrick the chance to start again.

As much as he loves it now, Derrick wasn’t excited about joining The Doe Fund’s Culinary Arts team at first. But then, “I started having fun and learning things.” That’s when he decided to dedicate himself to the kitchen.

After graduating from Ready, Willing & Able, Derrick became a full-time employee in the Culinary Arts department, where he is Food Service Coordinator, Customer Service Class Instructor, and Farmers’ Market Manager.

He is eager to improve and give his all in the kitchen. “Being able to grow, learn and progress is such an amazing feeling.” Yet some of the most important changes in Derrick’s life have taken place outside of the kitchen. “I’m able to raise and take care of my grandchildren and children like I truly want to, and I’m able to be a positive role model in their life.”