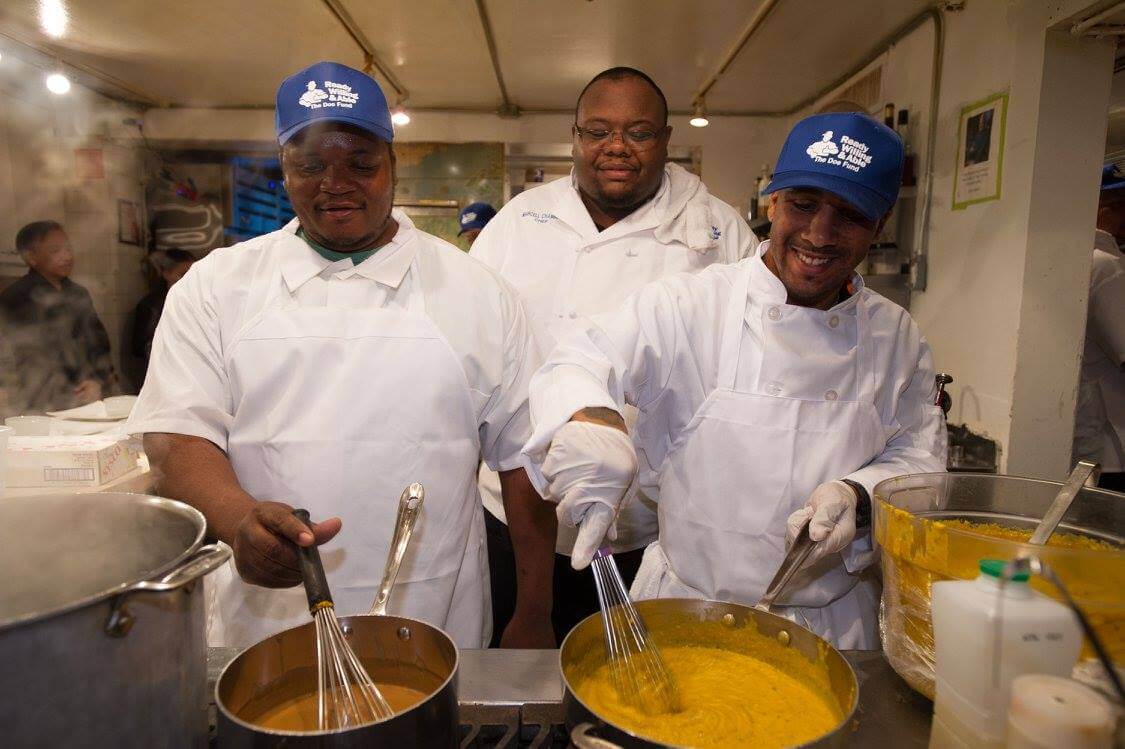 Kronna Williams, left, preparing food with his team at a James Beard event.

For a long time Kronna Williams believed that dreams were made for other people—not him. As a child, his reality was one of poverty and drugs. Of hardship and struggle. Of ultimately being placed in a group home because there was nowhere else for him to go.

By the age of 14 he was living on the streets of Harlem, selling drugs to survive and battling his own addiction. “The first time I was incarcerated I was just 15 years old,” says Kronna. He would end up spending nearly half his life behind bars. “Each time I was in prison I always thought I’d just go back to selling drugs when I got out. I didn’t think I had any other options.”

That all changed when he heard about The Doe Fund eight years ago. “It was a godsend,” Kronna says. “I knew I couldn’t continue down the same road. I knew I had to turn my life around. This was my chance. And I was determined to do it.”

It all started with the bucket. “Pushing the bucket was not just about cleaning up the streets, but more so about cleaning up my life,” says Kronna, who transitioned into the Ready, Willing & Able program seamlessly. “I always see people for who they are, not what they’ve done, and The Doe Fund does the same thing. So it was easy for me to meld here.”

It wasn’t long before Kronna began to realize that he did have options…that selling drugs wasn’t the only path before him. When it was time for him to select an occupational training track—hands-on learning that would prepare him for a stable career—the choice was clear: culinary arts. “Cooking is therapeutic to me,” he says. “I can remember watching my grandmother cook when I was very young. I was fascinated by the whole process…measuring ingredients, putting different flavors together. I love it. It’s a way to express myself and give back.”

Today, Kronna is giving back every day and expressing himself in each dish that he creates as the Executive Chef at our Peter Jay Sharp Center for Opportunity in Brooklyn—a position he’s held for the last three years. “The Doe Fund didn’t just help me find a job, they helped me find a career that I love. They helped me find confidence in myself and my abilities.”

He’s also found big dreams that once seemed meant for anyone but him. “One day I want to own my own business…a catering company, cooking school and restaurant all in one. I’m laying the ground work now, learning about the business end of culinary arts and saving money. Working at The Doe Fund is helping me toward that goal. If there’s one thing I’ve learned from being here it’s that dreams can come true.”